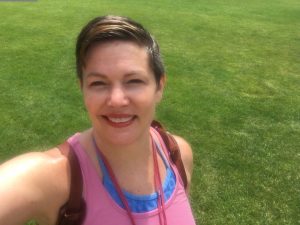 Justine Walden is an Honorary and former Solmsen Fellow at the Institute for Research in the Humanities at the University of Wisconsin-Madison. Her current project examines the broad implications of a transnational network of Catholic missionaries who, based in slaving ports in West Central Africa, Brazil, and the Caribbean, called for the freeing of all enslaved Africans in the late seventeenth century. Her first book, The Devil in the Renaissance (forthcoming, Brepols), used fifteenth century exorcism manuscripts to understand how in Europe, the transition from medieval monasticism to Observant Mendicancy laid the groundwork for the increased persecution of minority and subaltern groups such as Jews, witches, and peasants. She has published on various topics relating to early modern persecution, power differentials, and subalternity, including antiJudaism, the Christian enslavement of Muslims, labor, class, and global slaving circuits. She has held a Postdoctoral Fellowship at the University of Toronto and holds a Ph.D and M. Phil. in History and Renaissance Studies from Yale University, an MA in American Civilization from the University of Pennsylvania, and a BA in Philosophy from the University of California at Berkeley.