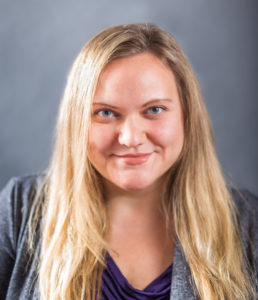 Prior to becoming UWPA President in June 2017, Stephanie served as Treasurer, between February 2016 and June 2017.

Stephanie’s research uses both behavioral and psychophysiological methods to investigate the roles of emotion and self-regulation in judgment and decision making. In particular, she focuses on how emotional responses, including physiological changes and facial expressions, influence attitudes and behaviors during the pre-decision phase of choice behavior. While much research on decision making focuses on either the moment in which the choice is made or immediately after, she is particularly interested in the period before a choice commitment has been reached. In addition, her research links two traditionally distinct literatures: emotion regulation and choice behavior, to explain how and why individuals change their evaluation of choice alternatives and their behaviors across situations.